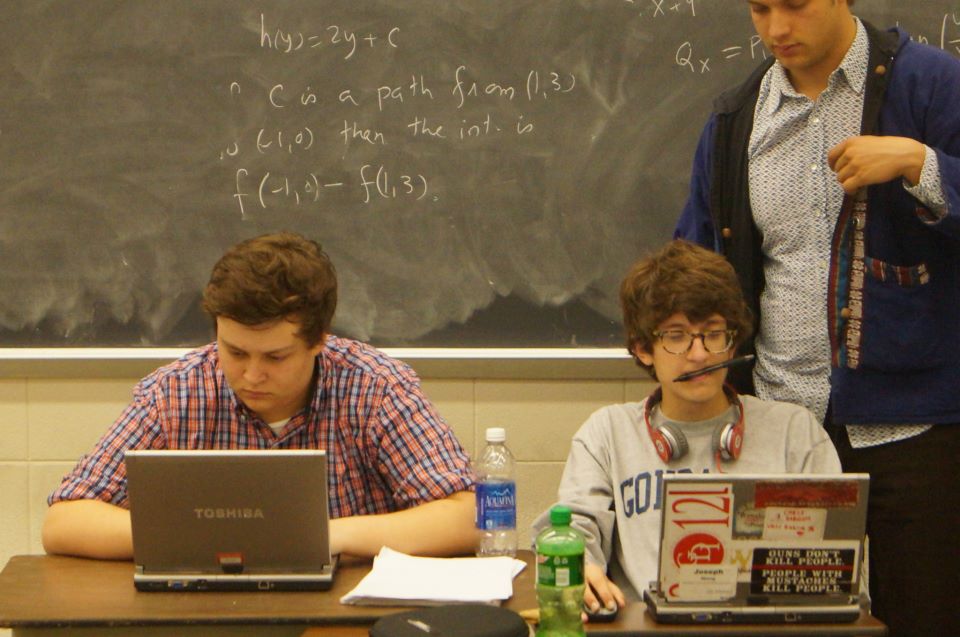 It is possible to organize a club at one’s school where students can engage in more informal after school debates in any (modified) debating format. It’s not a bad way to begin.

Ultimately, however, the full academic benefits of debate are only going to be captured when a debate team is organized and students on the team leave the school to compete against other debate teams in the locally, regionally, nationally, and potentially even internationally. Competition motivates students, connects them with similarly situated peers at other schools, exposes them to diverse environments outside their own communities, and can be a source of school pride (Bauschard & Champ, 2010).

Debate tournaments are simply organized debating competitions that afford all students on the team opportunities to compete.

For example, if your debate team has ten students on it, it may be composed of five Public Forum teams, with two students on each team.   All of the two person teams that register to compete at the tournament will have multiple opportunities to debate, not just on representative team from your school. Coaches can register anywhere from 1-5 (in this case) teams from their school to debate. Sometimes tournaments do have an upper limit on the number of competitors from a single school within an specific debate event.

There are many different ways that debate tournaments can be categorized.

First, debate tournaments can be categorized by event. Although many tournaments offer all debate events/formats, some of them only offer single events or a limited number of events.

Second, debate tournaments can be categorized by experience level. There are often many local tournaments that are only for first and/or second year debaters. In New York, for example, participation in the Metro Hudson League (MHL) tournaments is limited to students in their first or second year of debate.

Third, debate tournaments can be categorized by geography. These are usually referred to as “local” tournaments where teams from the immediate area come to compete.

There are also national tournaments where the best teams from all over the country travel to compete. These tournaments usually fill quickly. For example, the Bronx High School of Science (Bronx, NY) tournament opened registration on August 1st, 2014 and filled with more than 1,000 participants from 25 states by August 2, 2014. The Public Forum field alone has 224 two person teams entered. The Harvard Debate Council’s February tournament attracts more than 4,000 participants from across the US and even other parts of the world.

There are some exceptions to the “open invitational” norm, and those are usually found in the nation’s urban debate leagues where the organizers want to provide the students with opportunities to experience success even though they have had less debating experience and often fewer educational opportunities. For example, the Boston Debate League (BDL) tournaments are normally closed to outsiders.

Tournaments last anywhere from 1-3 days, with tournaments for beginners usually being 1-2 day events. One day tournaments are usually on Saturdays and 2-3 day tournaments usually start Friday after school (students may have to leave school a bit early on Friday to arrive on time) and end late Saturday or Sunday.

Tournament scheduling proceeds in this fashion until all the preliminary debates (usually 4-6 of them, depending on the number of days in the tournament) are complete.

If the tournament is a one day tournament, the best debaters after what is usually 4 debates are awarded trophies. If it is a longer tournament, normally the best 8-32 two person teams (if it is a team event such as Policy Debate or Public Forum Debate) or individuals (if it is Lincoln-Douglas debate) advance to the single elimination debates that are structured similar to how the NCAA basketball tournaments are structured. The last undefeated team is the champion.

How debate tournaments are tabulated

For the last 25 years, almost all debate tournaments have been tabulated using computer software that was developed by Dr. Rich Edwards at Baylor University. The software is free for anyone to use.

Recently, tournament tabulation has moved online, especially due to the efforts of Chris Palmer (tabroom.com), Brent Hinkle (Joyoftournaments.com), and Jon Bruschke (debateresults.com). These three have recently joined forces to work through the US National Speech and Debate Association to make free online tournament tabulation and registration available to all its members.

How to register for debate tournaments

Who judges at debate tournaments?

The important thing to know for a beginning program is that the judges are usually provided by the debate program entering the tournament based on the number of competitors. So, for example, if you have two Policy debate teams you need to enter one judge. If you have three Lincoln Douglas or Public Forum teams you need to enter one judge. It is often possible to hire judges through the tournament, but those are often in limited supply and can be expenses (approx. $75-$100/day of the tournament).

How much does it cost to participate in debate tournaments?

The cost of participation varies widely. Local tournament costs probably average $10-20/participant and the larger national tournaments costs average $75/participant. This is in addition to any necessary hired judge expenses.

How frequently do students participate in debate tournaments?

Students normally participate in 1-2 debate tournaments per month From October-March and 1 tournament in other months.