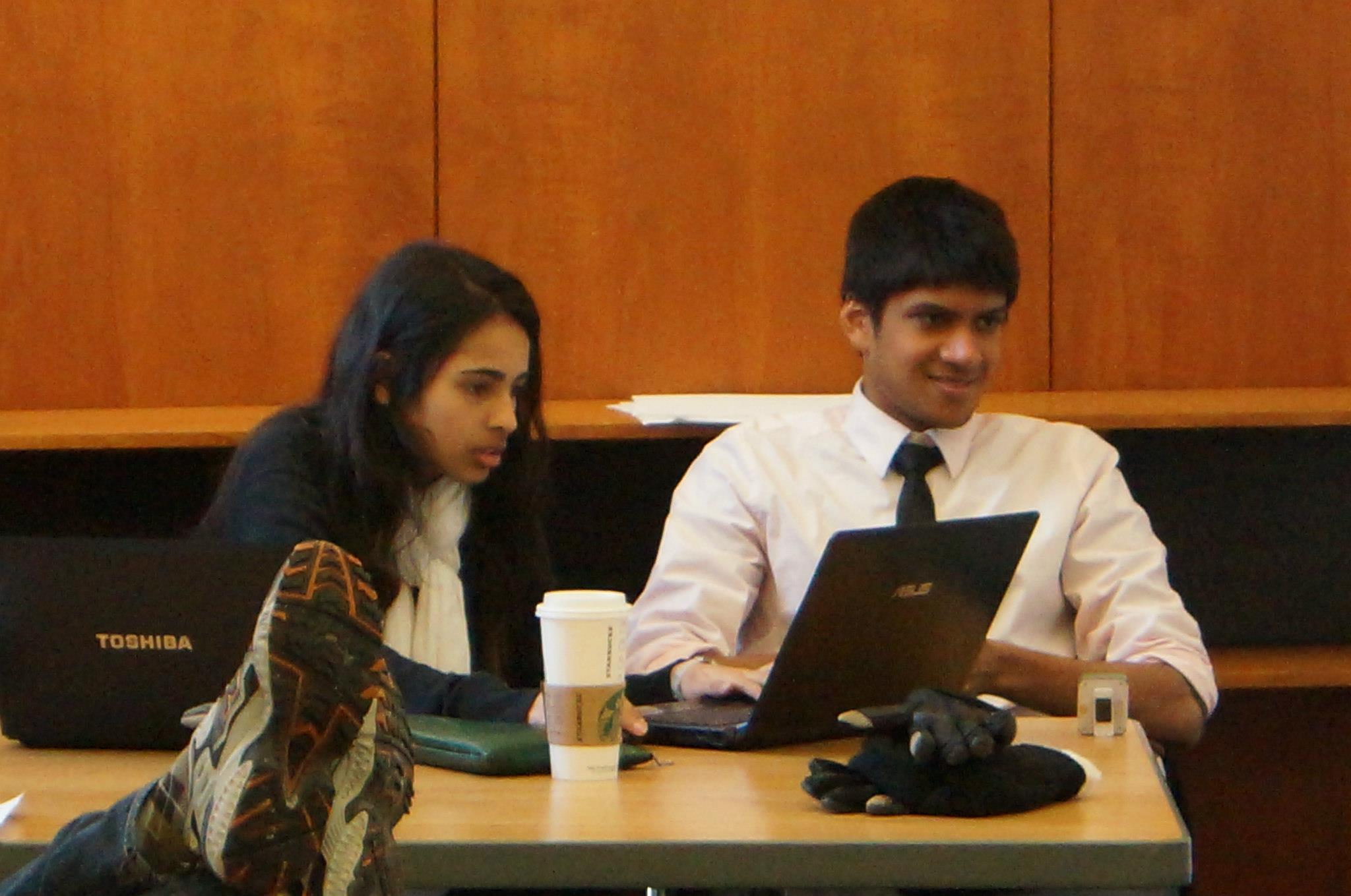 As academic debate has developed in the US over the last 100 years, a variety of debating formats have emerged. These formats make-up debate “events” at different debate tournaments throughout the United States.

In this brief post, I will review the popular formats. These formats differ not only in structure but also in terms of the norms, opportunities, and content differences that they present for the students.

In our speaking & debating workshops, we do build familiarity with all of the events and teach skills that will help students become competitive regardless of what format they participate in.

Policy debate is the oldest form of debate in the United States.

The format is a two-on-two contest, with two debaters on one team representing the Affirmative and two debaters another team representing the Negative. Each person in the debate delivers one eight minute constructive speech, one five minute rebuttal speech, asks questions for three minutes, and answers questions for three minutes.

The United States federal government should substantially increase its non-military exploration and/or development of the Earth’s oceans.

The first reaction of many to the idea of a year long resolution is that it would be boring to debate the same resolution for the entire year. While this would be true if the resolution was debated as a general question, in Policy debate the Affirmative will advocate for a specific “case” in a given debate and the Negative must challenge that specific case. For example, Affirmative teams on the ocean resolution might argue in favor of aquaculture, ocean thermal energy conversion, ocean wind power, mapping of the sea bed, and many other potential proposals that focus on increasing non-military exploration and/or development of the Earth’s resources. The Affirmative proposal is called its “case.”

Affirmative teams must be able to defend against Negative attacks on the specific policy, including specific case attacks, disadvantages, counterplans (alternative plans), and philosophical objections to the Affirmative advocacy. All of these arguments, as well as answers to them, must be supported by research, making policy debate a “research intensive” event. Sample Affirmative cases and Negative arguments for beginners can be found here.

At the end of every “round” of Policy debate, a judge declares a winner and a loser and assigns each individual speaker points based on the strength of his or her speech.

In Policy debate, debaters usually speak very quickly and judges are expected to be experts in judging Policy debates and to be well-versed in the debate arguments specific to the resolution. Similarly, it is necessary for debate coaches/teachers to develop a significant amount of expertise not only in the practice of Policy debate but also in the arguments being debated.

Policy debate is rarely practiced outside the United States.

Lincoln-Douglas (L-D) debate started in the 1970s, largely in response to concerns about the speed at which Policy debaters spoke but also as an effort to provide a debate event for individuals (as opposed to people debating on a team of two) and as a way for debaters to focus more on philosophical topics.

The format of an L-D debate is

Resolved: In the United States criminal justice system, truth-seeking ought to take precedence over attorney-client privilege.

A list of L-D resolutions can be found here.

For the first 25 years of the life of L-D debate, resolutions were always debated as general questions.

Recently (the last five years), L-D debate has started to adopt many of the practices of Policy debate. Although debate is still one-on-one, L-D debaters, at least at the national circuit level, have started speaking quickly, developing specific cases, and arguing in favor of counterplans. Many now refer to it as “one on one Policy debate.” You can read about the evolution of L-D debate on Wikipedia.

At the end of every “round” of L-D debate, a judge declares a winner and a loser and assigns each individual speaker points based on the strength of his or her speech. Like Policy debate, there are growing expectations that the judge is an expert in the practice of L-D debate as well as being very familiar with the arguments being debated. Similarly, it is necessary for debate coaches/teachers to develop a significant amount of expertise not only in the practice of Policy debate but also in the arguments being debated.

LD is rarely practiced outside the United States.

Public Forum (PF) debate is a relatively new debate format that was developed in the late 1990s as a response to the “excesses” (speed, specialization) of Policy and Lincoln-Douglas debate.

The format of a Public Forum debate is as follows.

Resolved: The benefits of domestic surveillance by the NSA outweigh the harms.

A list of previous PF resolutions can be found here and a list of resources for available for past topics is available here.

At the end of every “round” of PF debate, a judge declares a winner and a loser and assigns each individual speaker points based on the strength of his or her speech.

Unlike Policy debate, and to a growing extent in L-D debate, there is no expectation that coaches and judges have any expertise in the topic area being debated. Public Forum debaters do not speak quickly. These practices make PF debate more “accessible” to a wider audience.

As a result of the accessibility of PF debate, it is the fastest growing (by a large margin) debate format in the United States and it is rapidly catching on in other parts of the world (China, Dominican Republic, Korea, and other countries). If schools are interested in developing new debate programs, I strongly encourage them to start by developing a Public Forum debate team.

The format of WSD is:

Unlike in the previous formats, resolutions, referred to as “Motions” in WSD, are different for every round in a debate tournament. Half of the resolutions are usually announced before the start of the tournament and the other half are announced only an hour before the debate.

Like Public Forum, there is less of an emphasis on research, but debaters are required to be familiar with the issues of the day in order to be prepared to speak on the motions that are not previously announced.

Some sample motions from previous tournaments are here

At the end of every “round” of WSD debate, a judge declares a winner and a loser and assigns each individual speaker points based on the strength of his or her speech.

Although WSD debaters speak at conversational speed and engage in debates that are less research centered, there is an expectation judges have experience with the event and some level of expertise in judging it.

WSD is certainly an accessible debate format and has a lot of potential for schools developing debate programs, but the format is not widely practiced in the US outside of New York City and Houston, TX. Schools that wish to compete in debate tournaments in their local area may want to focus on other formats until this one develops.

Parliamentary Debate (PD) is a variation of the WSD format and certainly precedes it in origin, though WSD is more popular at the high school level in the US.

The PD format is as follows (from Wikipedia) –

PD is similar to WSD in the way the motions work – some are announced in advance and others are announced just prior to the start of the debate –, but PD pits two teams against two teams, with a (hopefully) qualified judge ranking the teams 1-4 at the end of the debate. Unlike in the other previously discussed formats, no winner or loser is declared

Congressional Debate (CD) is also referred to as Legislative Debate and Student Congress.

Although I have discussed it after LD, PF, and WSD, this is not because it is chronologically a more recent format; CD is nearly as old as Policy debate. I have just discussed it after the others because the format is completely different.

In CD students prepare model legislation in advance and then prepare to present it to a room full of Congressional debaters. There are usually 24 to a room. Debaters must convince other student debaters/legislators of the value of their legislation and work to gain their support.

Sample legislation from the US National Speech & Debate Association’s national tournament is available.

In CD, judges do not declare a winner or loser but rate the debaters. As explained by Wikipedia:

Judges either serve as a scorers or parliamentarians. Scorers judge individual sessions

CD is the second fastest growing debate format in the United States and since many tournaments offer CD, new schools may wish to consider pursuing it.

International Public Policy Forum (IPPF) debate is a very recent format in the US, and now the world, that is supported by the Bickel & Brewer Foundation.

In this format, students, representing their schools, submit written essays arguing for or against the resolution chosen by the IPPF. After the first round of submissions, the top 64 essays are selected and schools are then pitted against on another in subsequent elimination debates. The top sixteen teams are flown to New York City for a live competition and the first place team receives a $10,000 (USD) prize.

Resolved: Mass surveillance is not a justified method of governmental intelligence gathering.

An essay and resources can be found here.

Given that expertise is not required to write the essay and that schools do not need to supply judges, this is a great event for schools interested in developing debate teams to participate in.

The formats that have just been discussed are the most common ones and the ones that you are likely to find a debate tournament organized around.

It is certainly possible to find other formats and often times other formats are organized for the purpose of practice or developing more informal debating opportunities.

In order to have an educational debate, the most important elements from any format to retain is the notion of constructive, rebuttal, and questioning. These are the core components of any debate.

As you can see, there are many differences in the timing and structure of the different debate events, but the major differences are really in approach and norms, not in the structure. For example, although Policy debaters speak quickly and engage in extensive research-based preparation, they could speak slowly and engage in less research while still using the exact same format. The norms and practice differences between the events are really the important differences.

The existence in differences in norms and practices amongst different events creates many debating opportunities for students. Some students may wish to make a greater time commitment to debate and engage in Policy debate while others may prefer a more moderate experience. Some coaches and schools may have the expertise necessary to participate in Policy debate while others are just beginning and prefer PF debate. Some coaches and students may find certain norms and practices to be more pedagogically valuable.

Regardless as to what format students, coaches, and schools choose, students who participate in academic debate will learn how to develop arguments, research, think critically, and develop a number of other academic skills. The most important thing is that students, coaches, and schools embrace debate.  The particular format is not especially important.