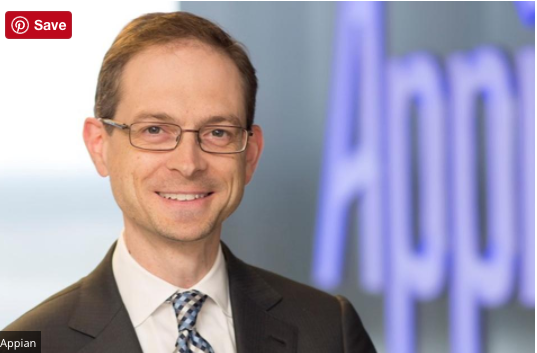 While harmony is key, dissent is highly valued. Debate is encouraged and the company prides itself on being open to a multitude of opinions, respecting them all, and being able to resolve different issues, down to one resolution, and then have everybody get behind it.  After all, the company was founded by debaters, not scientists.

Calkins, and two of Appian’s co-founders graduated from Dartmouth, where two co-founders were ranked at the top of the nation in debate. “They are both very bright, and they’re well spoken, and they line up their arguments, and I love it. I think that’s how ideas become great. If you take an idea and then you put it in front of that firing squad, test it and reshape it with that kind of pressure, then it’s going to be great. However, it requires you to check your ego at the door. You have to be open to the possibility that someone else’s idea is better than yours, or that their argument has exposed a deficiency in your position. If you’re not open to that, then they’re talking in vain. If you’re comfortable with that, I would highly recommend it,” says Calkins of his debate-based company culture.